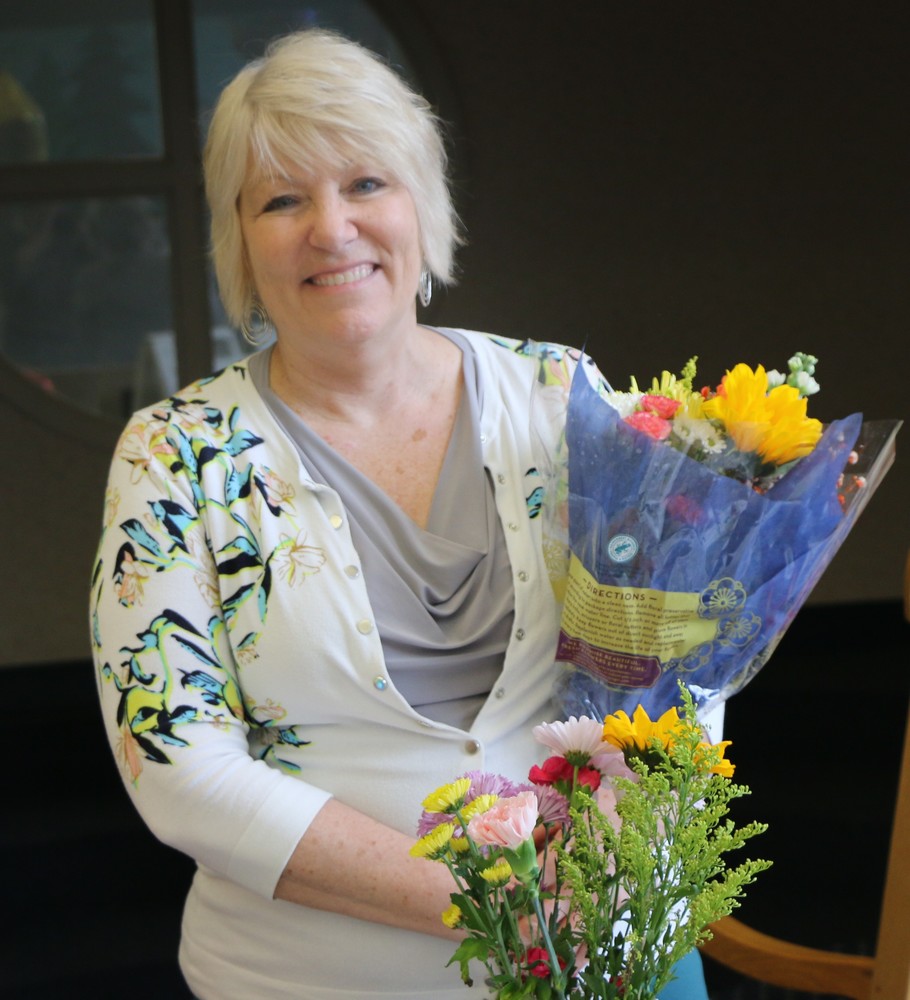 First off, if you are the parent of students in grades K-2 at Northside, you may hear some stories after school about Mrs. Clock's  ceremony this morning. We want to assure you:  Principal Campbell is not related to Mrs. Clock, even though he introduced her as "Cissy" during the festivities.  Also, Superintendent Yencer and Mrs. Clock are not now married  because he presented her flowers. (Those were just a few of the theories that were floating around the halls by our Kindergarteners to explain Mrs. Clock's honor.)

Cissy Clock is no stranger to educating  younger students in Blackford County. She has served as a teacher in BCS for 28 years, mainly working with Kindergarten students. This school year, she is sharing her knowledge and expertise with her fellow BCS teachers as a Literacy Coach.

"Cissy makes everyone around her  better students, better teachers and better people," said Northside Principal Craig Campbell, as he described why he selected Mrs. Clock for the honor.

During the recognition ceremony, Mrs. Clock was joined by her husband, Marty, and her daughters Madison and  Carly, who is also a teacher and spoke about the challenges and rewards of growing up with a teaching mama.

The Henderson Teacher of the Year Award was started in 2000 by the Hartford City Chamber of Commerce to recognize outstanding teachers in the district. The award is named in honor of long-time Hartford City High School and BCS publications teacher Ed Henderson.

On behalf of the BCS school board, your students (past and present) and your colleagues, congratulations, Mrs. Clock!